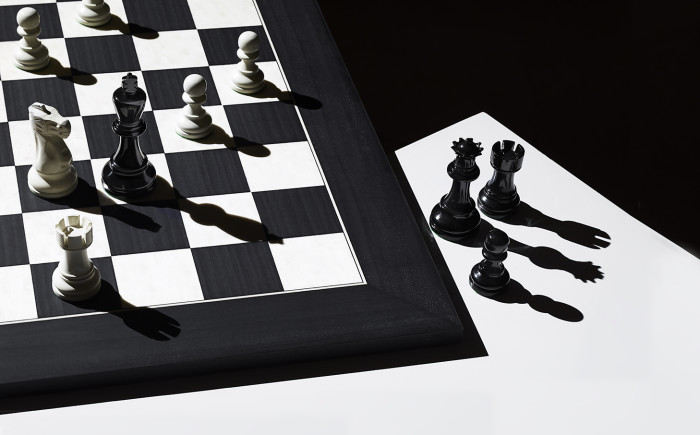 Cornered by the growing demonstrations in Belarus, Aleksandr Lukashenko appealed to Vladimir Putin on Saturday. After claiming for weeks that Russia was behind an alleged conspiracy to overthrow him, the Belarusian leader has changed the game and asked the Kremlin for help. Lukashenko, who assures that the mobilizations against his regime and electoral fraud are spurred on from abroad, has resorted to Moscow’s fear that protests will break out at home and has assured that the mobilizations are “a threat not only to Belarus” but also to Russia. Lukashenko, who sees his regime collapse, has gone further and stirred up the specter of a hypothetical military intervention by Moscow by ensuring that he has spoken with Putin and he has guaranteed that, as soon as he asks for it, he will provide “comprehensive assistance to guarantee security ”in case of“ external military threats”.

The Kremlin’s message did not have that tone. The brief statement from Moscow, which alluded this Saturday to “destructive forces” that are trying to damage “cooperation” between the two countries and does not mention Lukashenko directly, makes different analysts think that Russia is studying his letters and does not rule out dropping a man who for years has been an uncomfortable ally and has become troublesome; although he has yet to find a desirable replacement.

The Belarusian leader, who after elections with serious allegations of fraud is clinging to the power he has held for 26 years, has also hinted that he can mobilize the army to quell protests against manipulation in elections and police brutality on protesters peaceful that, again this Saturday, have flooded most of the country’s cities. “Our military have sufficient resources to protect themselves, their families and guarantee the security of the State,” Lukashenko stressed, according to the state agency Belta, in a meeting with the Armed Forces. “We will not give the country to anyone. We will maintain the situation, ”he said.

At the same time, tens of thousands of people have gathered in the center of Minsk with flowers and posters against Lukashenko to pay tribute to Aleksandr Taraykovsky, 34, who died on Monday in violent clashes between riot police and protesters. The authorities say that the young man wanted to throw an explosive device at the police and that it exploded; Witnesses and a video of the scene that night indicate that he could have been hit by a shot or a grenade thrown by the security forces.

The 65-year-old Belarusian leader, further weakened after the elections and touched by the social rejection of his regime, with which he has repressed the opposition and any critical voice, spoke with Putin on Saturday. Before the conversation, state television showed him dispatching with his Cabinet and stressing that he needed to speak with the Russian president. An allegation that sounded at the public request that Putin answer the phone. “The defense of Belarus today is no less than the defense of our entire space,” said Lukashenko, alluding to the union agreement between Russia and Belarus, a pact signed in the 1990s that is based on the elimination of immigration controls, energy treaties and trade agreements; and that included elements that have never materialized, such as the union of common legislative chambers, the flag or the single currency.

Gleb Pavlovski, who was an adviser to the Kremlin for several years, believes that the call from the Belarusian leader was definitely an attempt to involve Russia and thus strengthen its positions. “The attempt sounds like a failure. I think that Lukashenko is not the first to call Moscow from the presidential palace in Minsk, “says the well-known analyst by phone, who believes that before him other people around him have tried to discuss the unfolding of the unusual events in Belarus these days, with the mobilizations and the biggest social protest since the collapse of the USSR in 1991. “Lukashenko is worried. Now it will be more dangerous because he will try to provoke Putin to intervene, ”Pavlovski says.

Although some members of the Russian elite have advocated a military intervention by Moscow, Pavlovski and other analysts argue that it would not only be risky but could also backfire, fueling anti-Russian sentiment in Belarus. And today, the opposition to Lukashenko is not against Moscow. Therefore, there are various observers who believe that the most feasible scenario is the creation of a dialogue table with people from Lukashenko’s environment, aimed at resolving the current situation and a possible transition. Opposition leader Svetlana Tijanóvskaya, self-exiled in Lithuania after feeling threatened to her family, has started the creation of her own committee.

After accusing Moscow of interfering, Lukashenko now blames Western-backed agents for trying to provoke a “color revolution”; as the uprisings in Georgia, Ukraine or Kyrgyzstan have been called in Russia, after which Moscow insists that there is the hand of the West. Lukashenko has been playing the buffer between NATO and Russia for decades, but it seems that he can no longer exploit that asset. On Friday, the EU, which speaks of clear electoral manipulation, took the first step to impose sanctions on Belarus, through people close to the regime.

The Kremlin, which on Saturday stressed the importance of its union agreement with Belarus and shows that it will not let the country turn to the West, could also look for a like-minded figure within the opposition. What happened in Armenia in 2018, when protests overthrew the Moscow-related leader and the Kremlin approached the new government, shows the path of this possible scenario.

View all posts by Foreignpolicycouncil